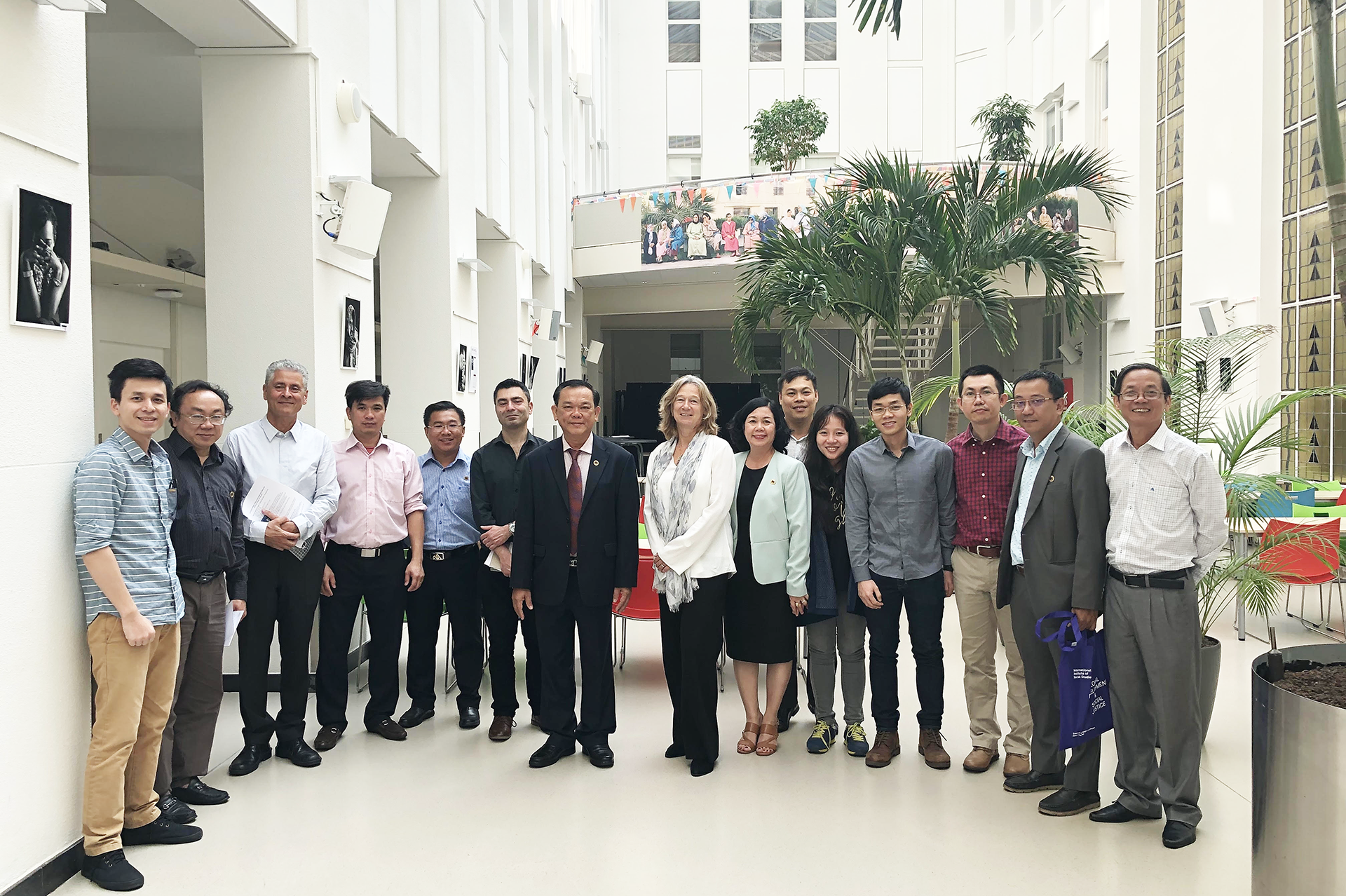 UEH delegation mission in the Netherlands

In the framework of implementing a State-level scientific research project titled “Researching an economic growth model based on science, technology and innovation in Vietnam to the year 2030”, the research team of the University of Economics Ho Chi Minh city led by Prof. Dr. Nguyen Dong Phong - President and Project Leader, had a business trip in the Netherlands (22 - 25th May 2018).

Our delegation worked with the Netherlands Bureau for Economic Policy Analysis (CPB), Ministry of Economic Affairs and Climate Policy, Netherlands Organization for Scientific Research (NOW), Rathenau Institute, Netherlands International Institute of Social Studies (ISS), Eindhoven University of Technology (TUE) and other scientists, and experts in science, technology and innovation in the Netherlands.

The delegation participated in meetings, exchanging and gaining knowledge and experience about scientific strategy as well as national technology of the Netherlands; the delegation could learn more about the role of science, technology and innovation (STI) to the Netherlands economic development; the policy to encourage entrepreneurs in creativity and innovation; technology transfer mechanism of scientific research result for entrepreneurs and their practical applications. Our delegation gathered and learned from many important documents as well as information about the research content, solution forming process, policy suggestion, and valuable ideas for the teaching at UEH and in Vietnam.

One special event in this mission, the team visited and worked with the Netherlands International Institute of Social Studies (ISS) of Erasmus University Rotterdam in the Hague - Top 50 World Leading Universities in Economics (according to QS Ranking), in order to strengthen the sustainable and collaborative relationship between the two universities. UEH representative, Prof. Dr. Nguyen Dong Phong signed an MOU with Prof. Dr. Inge Hutter, Rector of ISS Institute on the development and deployment of a joint Ph.D. program. In this occasion, UEH President invited Prof. Dr. Inge Hutter to come to Vietnam and join the graduation ceremony of the Development Economics graduate program on 20th of January 2019.

Some pictures of the mission in the Netherlands:

Netherlands Bureau for Economic Policy Analysis (CPB), part of the Ministry of Economic Affairs of the Netherlands

Source: the research team of UEH in Netherlands, Department of Communications and Public Relations.