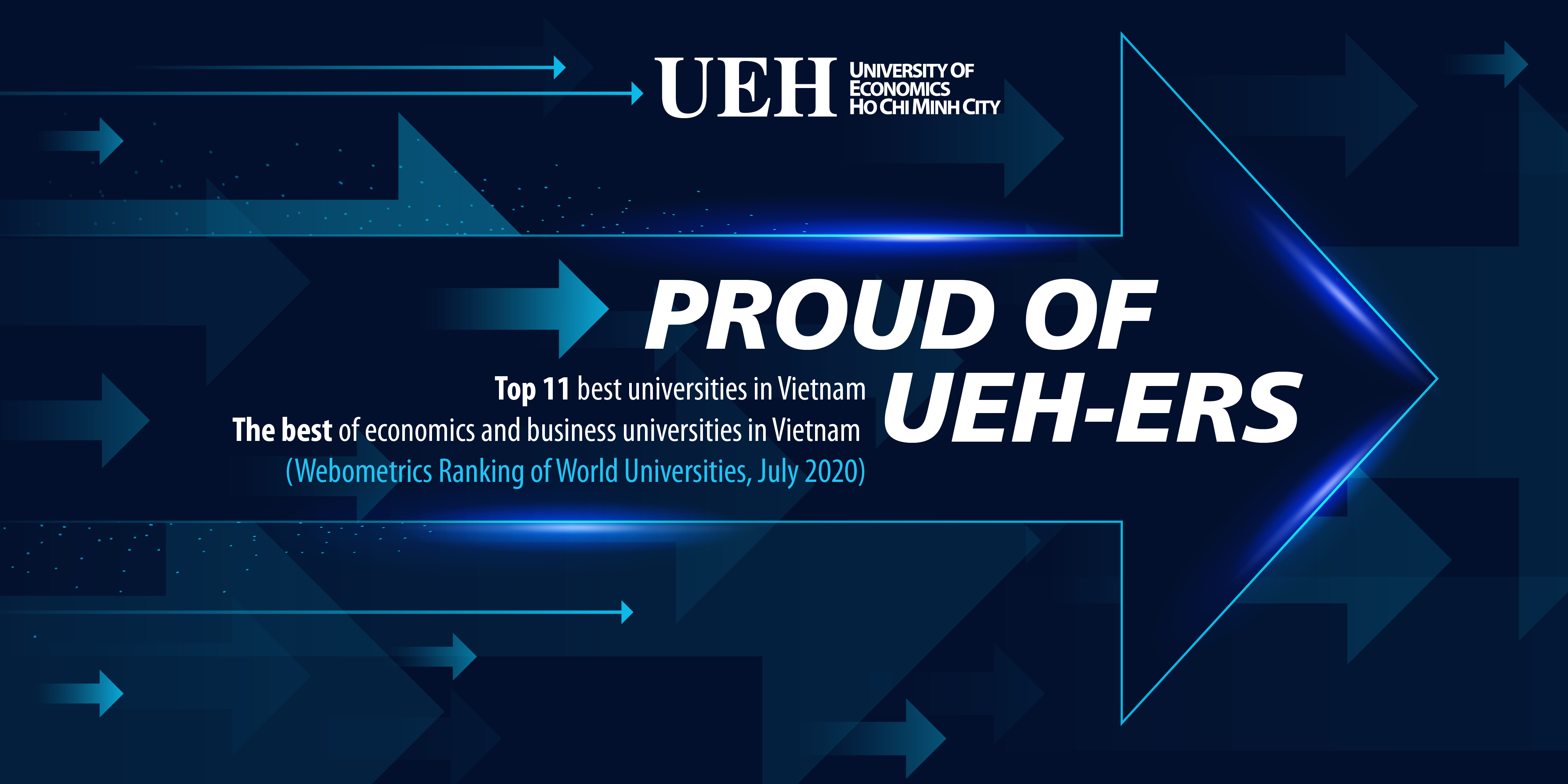 UEH has increased by 08 ranks from 19th (in 2019) to 11th (July 2020), ranked first among the economics and business universities in Vietnam (Webometrics Ranking)

The Webometrics Ranking has been conducted by Cybermetrics Labs (of the Spanish National Research Council) since 2004, with data collected during the first weeks of January and July for being public at the end of both months. The ranking includes more than 28,000 global higher education institutions.

The ranking assesses the digitalization capacity and level of spread, the impact on academic resources of higher education institutions based on the index of presence with the meaning of spreading knowledge of the community, visibility which shows the degree of spread, the influence of the website system and online information, transparency or openness of academic resources (transparency or openness) on Google Scholar, and academic excellence (or scholar) measures the highest number of articles cited.

In July 2020, the Webometrics Ranking published the results of the second ranking of Webometrics in 2020. According to that, University of Economics Ho Chi Minh City has increased by 08 ranks, from the ranking of 19th (in 2019) to 11th out of 176 schools in Vietnam participating in the ranking, ranked first among universities in the field of business and economics in Vietnam (increased by 12 ranks in 2 consecutive years). 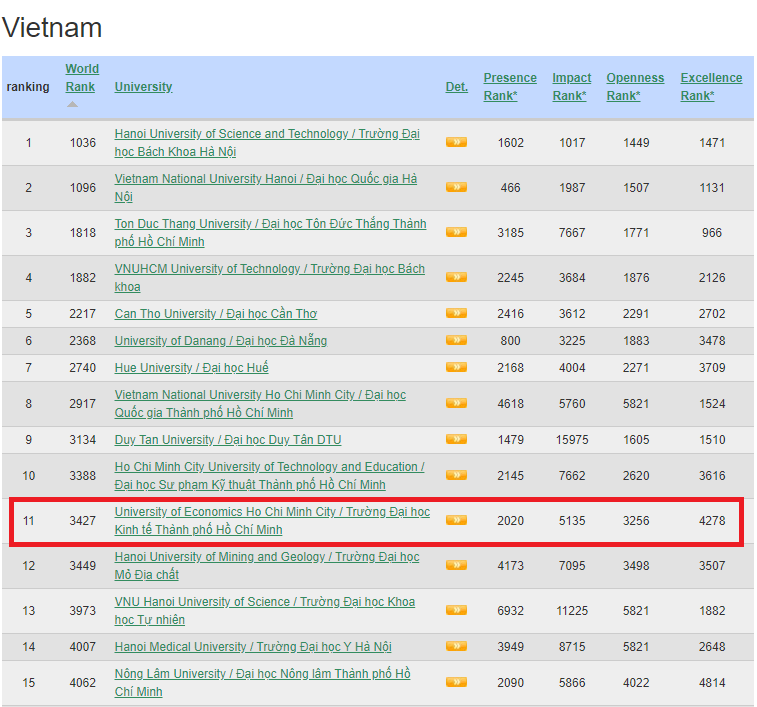 The current methodology of Webometrics Ranking

The promotion of 08 ranks (July 2020) is a strong step forward, showing a remarkable effort of the university in synchronously deploying effective solutions. In the past, UEH has always been interested in media development, actively promoting the brand, especially in the online environment; promoting international publication and sharing of open academic resources to promote the transfer and spread of knowledge created for society.